You are here: Home » News » INDUSTRY NEWS » Bourke Street mall incident: What we know so far

Bourke Street mall incident: What we know so far

Four people including at least one child are dead and four more are fighting for life after a speeding car ploughed into pedestrians in the middle of Melbourne's CBD. Here's what we know so far. /What happened?

A man was filmed yelling from his maroon-coloured car and doing burnouts in front of Flinders Street Station before driving down Swanston Street.

He then turned into busy Bourke Street Mall, where he allegedly ploughed into people.

Four people were killed and 31 were hospitalised, including four whose lives are still hanging in the balance.

Police stopped the 26-year-old driver at the Elizabeth Street corner by shooting him. 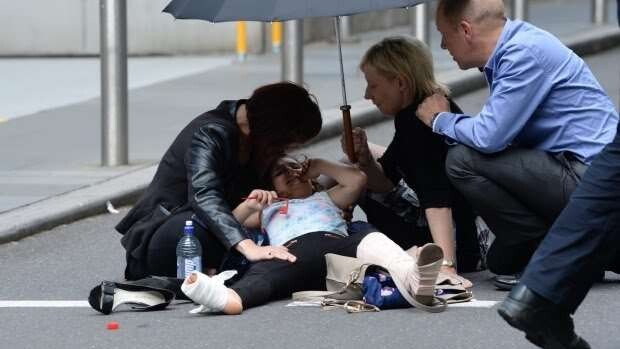 They shot the man in the arm and surrounded the car before stripping him to his underwear and arresting him.

He was later treated for non-life-threatening bullet wounds.

A 26 year old man, James "Jimmy" Gargasoulas, was bailed by a bail justice on the weekend after he was arrested in St Kilda for a number of alleged offences, including family violence and stealing another car, sources said.

Police said he was wanted for stabbing his brother in Windsor early on Friday morning, leaving him in a critical condition.

A 26-year-old man, James "Jimmy" Gargasoulas, was bailed by a bail justice on the weekend after he was arrested in St Kilda for a number of alleged offences, including family violence and stealing another car, sources said. 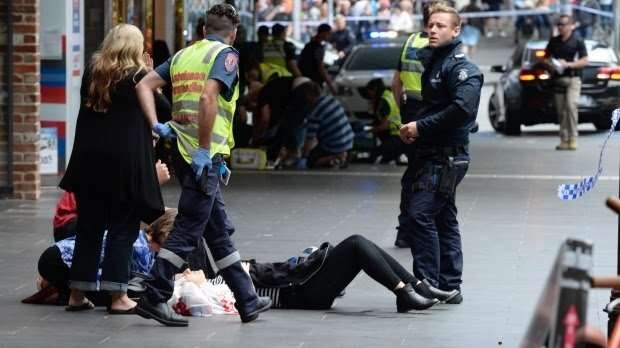 Police said he was wanted for stabbing his brother in Windsor early on Friday morning, leaving him in a critical condition.

feared it was too dangerous to ram the vehicle.

The arrested man is said to have an extensive history of family violence, drug and mental health problems.

Police have said the incident is not terror-related.

Who are the victims?


The girl is a student of Beth Rivkah Ladies College in Melbourne, according to Australian Jewish News. Her mother and sister are said to be in a critical condition in hospital.
Police confirmed at 9.15pm on Friday that a fourth victim had died, but gave no details of their identity.

Four other people are in hospital with life-threatening injuries.

Among those badly hurt was a three-month-old baby girl.

The baby was in surgery at the Royal Children's Hospital at about 5pm on Friday, while a two-year-old was in the intensive care unit.

An additional 20 people have been taken to hospital including to St Vincent's, the Royal Melbourne and The Alfred.

However, patient numbers from the hospitals themselves total up to 31 people being treated after the attack.

Where did it take place?

Police are advising people to avoid the city on Friday night.

The incident happened about 1.30pm on Friday, not long after the busy lunchtime rush.

What are witnesses saying? 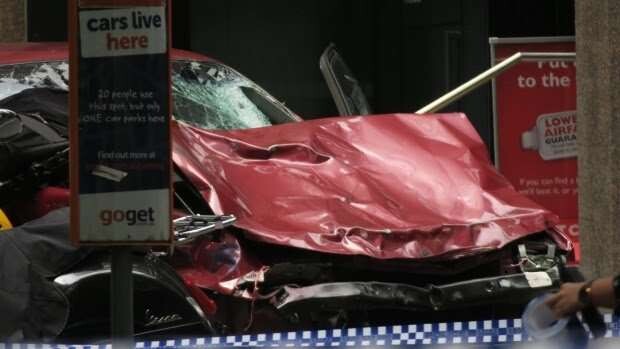 Sharn Baylis from Adelaide said she gave CPR to a young man who appeared to have suffered severe head injuries.

She said onlookers tried to save the man but he died on the footpath outside Bardot in Bourke Street before paramedics could help him.

"There were massive internal injuries, he was bleeding heavily but the head injury alone probably would have killed him," she said.

She ran over to help the man after watching the car drive down Bourke Street Mall moving in a straight line as it slammed into pedestrians.

"There was no hesitation when he got to the crowd; he just mowed them down," she said.

"He was going around 60km/h but it seemed faster.

"People were literally just flying like skittles, bouncing off the bonnet and smashing into the shops."

Former Victoria Police commissioner Christine Nixon was on the scene, where she helped direct traffic.

She saw an injured child, she told ABC Radio.

Like many others, Ms Nixon said she barely escaped with her life.

"I was standing on the corner of Bourke and William waiting to cross the road, and people were calling out. 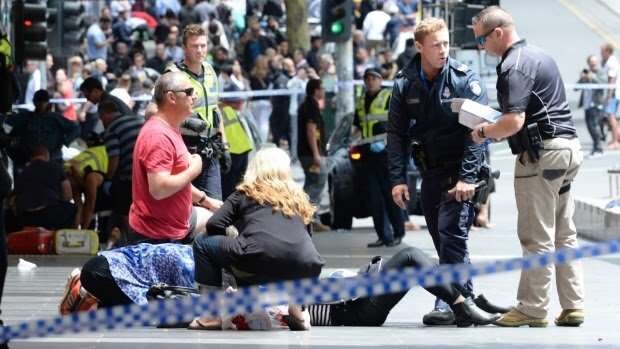 "I turned around and saw the car. He was probably about a metre from me, I stepped back [from the road] and he continued down Bourke Street on the footpath, with people chasing him."

What did Premier Daniel Andrews say?

"Our hearts are breaking this afternoon. People have died in the heart of our city.

"Others are seriously injured, young and old. All of them innocent.

"Some families are just starting to find out the news about their loved ones and right now our thoughts are with each and every one of them.

I'm so proud of all the Victorians who reached out and provided care and support to strangers today.

"This was a terrible crime – a senseless, evil act – and justice will be done.