Doctors in hospital emergency rooms often see accidental poisonings. A frightened parent arrives with a child who swallowed a cleaning liquid. Or perhaps the harmful substance is a medicine. Or it might be a product meant to kill insects. These are common causes of accidental poisoning.

In cases like this, seek medical help as soon as possible. Save the container of whatever caused the poisoning. And look on the container for information about anything that stops the effects of the poison.

Save anything expelled from the mouth of the victim. That way, doctors can examine it.

In the past, some people forced poisoning victims to empty the stomach. They used a liquid -- syrup of ipecac -- to do this. But a leading medical organization no longer advises parents to keep syrup of ipecac. The American Academy of Pediatrics says some poisons can cause additional damage when they come back up the throat.

Millions of people know how to give abdominal thrusts to save a person choking on something trapped in the throat.

The American Red Cross says a rescuer should first hit the person on the back five times between the shoulder bones. These back blows may ease the choking. If the airway is still blocked, the Red Cross suggests pushing hard five times along the victim's abdomen. The abdomen is the area between the chest and the hipbones.

You can do these abdominal thrusts by getting directly behind a sitting or standing person. Put your arms around the victim's waist. Close one hand to form a ball. Place it over the upper part of the stomach, below the ribs. Place the other hand on top. Then push forcefully inward and upward. Repeat the abdominal thrusts until the object is expelled from the mouth.

For someone in late pregnancy or who is very fat, place your hands higher than with normal abdominal thrusts. Place the hands at the base of the breastbone -- just above the place where the lowest ribs join. Then begin pushing, as with other victims.

The American Heart Association suggests another method in this case. The group advises chest thrusts instead of abdominal thrusts. For chest thrusts, put your arms under the victim's arms and your hands on the center of the victim's chest.

Even if you are the person choking, you can still help yourself. Place a closed hand over the middle of your abdomen just above your waist. Take hold of that hand with your other hand. Find a hard surface like a chair and rest your body on it. Then push your closed hand in and up.

Red Cross experts say taking these steps can save many lives. But they also say abdominal thrusts are not for people who have almost drowned. They say using the method could delay other ways to re-start breathing in the victim.

The American Heart Association suggests two ways of helping. One combines the use of hands to pump the victim's chest with rescue breathing. The other method is called "Hands-Only CPR."

"Hands-Only" is for people who are unwilling or unable to perform rescue breathing. Some people fear infection. Others say they are afraid of making the patient worse.

But an expert in emergency medicine says a person cannot be worse than dead. Doctor Michael Sayre works at Ohio State University. He strongly urges people in contact with a victim to take action.

The American Heart Association tells how to take that action. It says you can recognize a person needing CPR because the person has collapsed. He or she is unconscious -- unable to communicate or react to surroundings or speech. His or her skin has lost color. The person is not breathing. If such conditions describe the situation, chances are the heart has stopped beating.

You should act by calling for help, or sending someone else. Even if you cannot do mouth-to-mouth rescue breathing, you can perform Hands-Only CPR. You can do chest compressions that help to keep blood flowing to the brain, heart and other organs.

To perform the compressions, place one hand over the other and press firmly on the center of the victim's chest. Push down about five centimeters. Aim for one hundred compressions each minute. Doctor Sayre says you do not need a measuring stick or a timing device.

Doctor Sayre suggests that medical workers do both the breathing method and chest compressions. He says some victims, including babies, need the mouth-to-mouth breathing with the compressions. Still, the doctor says it is better to do just chest compressions than to do nothing. CPR is not difficult to learn. Many organizations teach it. 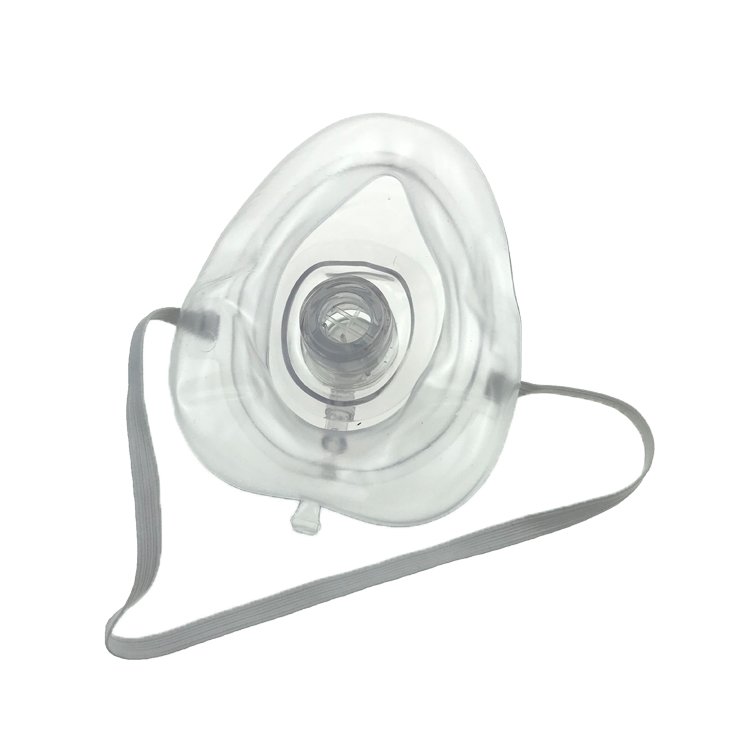 Most CPR training now includes how to use an automated external defibrillator, or AED. Defibrillators use electric shocks to correct abnormal heartbeats that can lead to sudden death. Such devices are found increasingly in public places like airports, restaurants and office buildings. A recorded voice on the AED guides the user. The voice provides detailed information about what to do.

The defibrillator of today has developed from the first defibrillators. Medical historians say the devices appeared late in the 19th century.

Another doctor, Carl J. Wiggers, had kept laboratory animals with heart stoppage alive by massaging their hearts. Then he followed this rubbing with electrical defibrillation. This led Claude Beck in his efforts to help return normal heart actions to human patients.

In 1947, Doctor Beck saved a patient with a defibrillator device for the first time. The doctor's success led others to further develop the method and device. Today small, moveable AED's can identify heart rhythms and produce electricity to treat victims of heart stoppage.


Bacteria can enter the body through even the smallest cut in the skin. So, medical experts advise people to treat all wounds. Clean the cut with soap and water. Then cover the wound while it heals.

The Mayo Clinic health centers suggest several steps if bleeding is severe. First, if possible, have the person lie down and raise the legs. Remove dirt from the wound and press on it with a clean cloth or piece of clothing. If you cannot find anything clean, use your hand.

In the past, people were advised to stop severe bleeding with a tourniquet. This device is made with a stick and a piece of cloth or a belt. But experts now say tourniquets are dangerous because they can crush blood passages and nerves.

If a wound seems infected, let the victim rest. Physical activity can spread the infection. Treat the wound with a mixture of salt and water until medical help arrives. Add nine and one-half milliliters of salt to each liter of boiled water. Place a clean cloth in the mixture and then put the cloth on the wound. But be sure not to burn the skin.

To learn more about first aid, ask a hospital or organization like a Red Cross or Red Crescent Society for information. Training may be offered in your area.

If you know first aid methods, you can be calmer and more helpful in case of emergency.