A huge blaze broke out overnight at Camden Lock Market in north London. 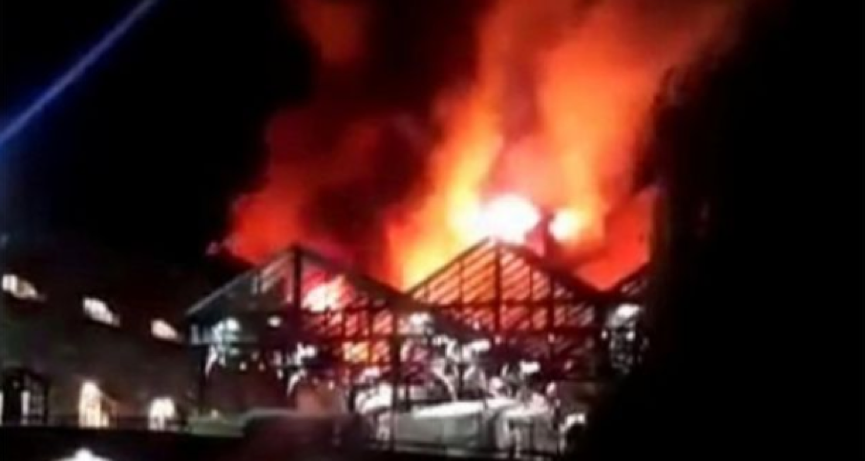 London Fire Brigade (LFB) said 70 firefighters and 10 fire engines were sent to the site, which is a popular tourist attraction.

One eyewitness said the fire moved "very fast" and there were fears of an explosion in nearby buildings.

London Ambulance Service said it had not treated any patients but remained at the scene. The Metropolitan Police also attended.

Major fires have hit the sprawling market area twice before in recent years, in 2008 and 2014. 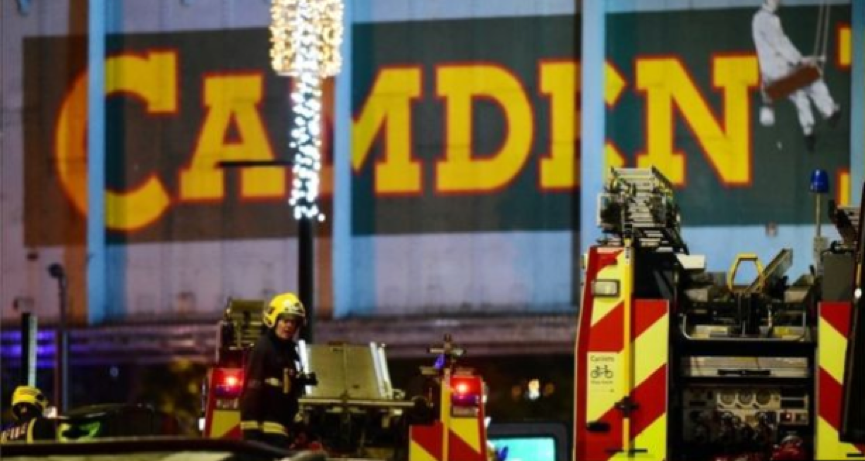 Images from the scene appeared to show a building in Camden Lock Place alight.

Witness Joan Ribes, 24, said: "I was just passing by when I saw the fire and they started to get firefighters and police, it was all very fast.

"We called the police to close the street to the traffic because it was very dangerous, the fire was flying through the air to the surrounding areas.

"The fire was moving very fast. People were watching, but we were scared the building could explode at any time since there are restaurants with kitchens nearby." 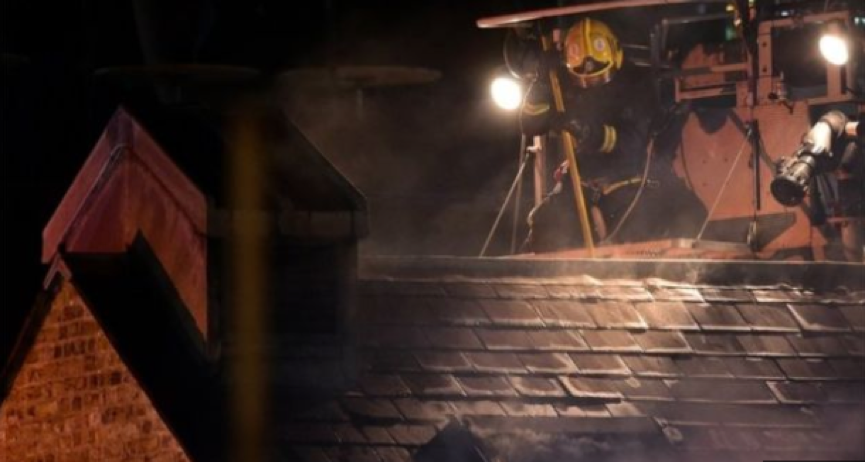 The ambulance service said it sent a clinical team leader and a Hazardous Area Response Team.

A police spokeswoman said: "London Fire Brigade were already at the scene when officers arrived. It is unknown at this stage if any persons are injured."

At about 03:00 the LFB said the blaze was "now under control but crews will be damping down into the morning".

In a statement, the brigade said: "Four fire engines and around 20 firefighters will remain at the scene on Monday."

The cause of the blaze is unknown. 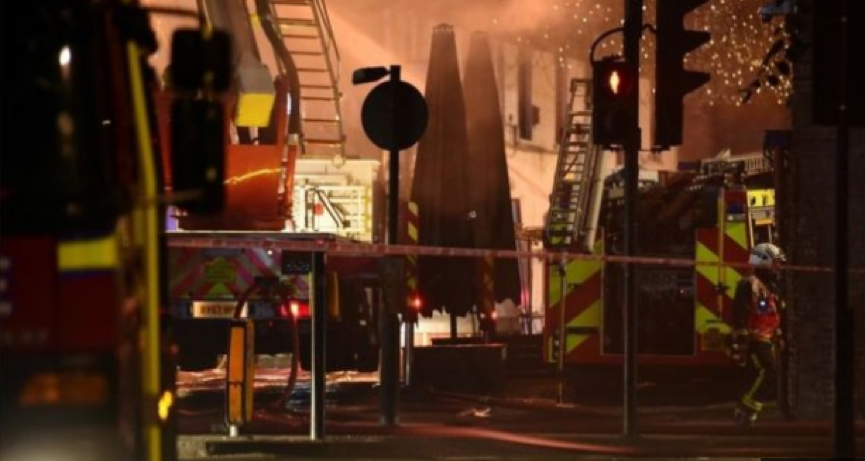 On 8 February 2008, the famous celebrity haunt The Hawley Arms was severely damaged in a blaze, along with six shops and 90 market stalls.

The market, located in the former Pickfords stables and Grade II-listed horse hospital, burned for two hours on the evening of 20 May.