You are here: Home » News » INDUSTRY NEWS » 'Casualties' are rescued from rivers as emergency services practice for flooding disaster

Casualties caught in rising flood water and raging rivers have been saved by
emergency services across South Wales. 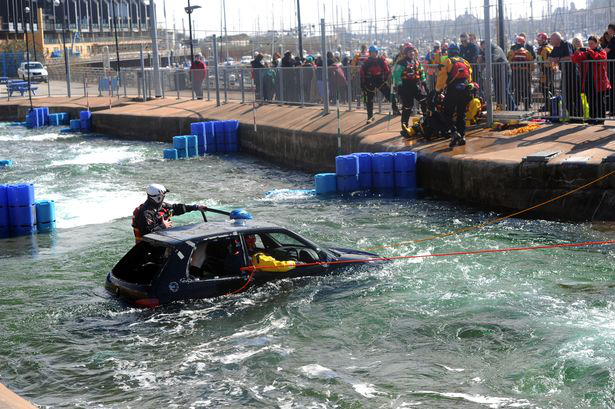 But all of the frightening scenarios have been staged to test  the resilience of
rescuers in the event of major flooding similar to that which devastated
Cumbria in December. 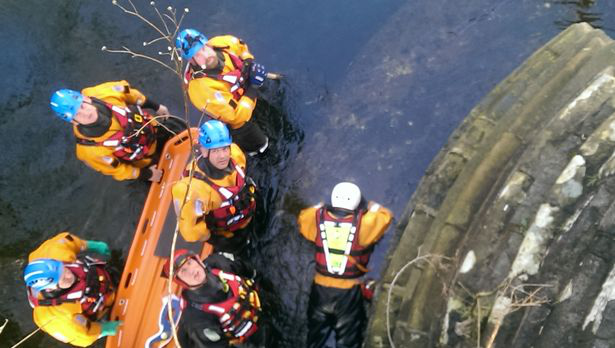 With weather patterns bringing increasing amounts of rain, Exercise Polygon
was organised by the Joint Emergency Services Group (JESG) on Tuesday and
Wednesday to ensure they are prepared for a major weather disaster. 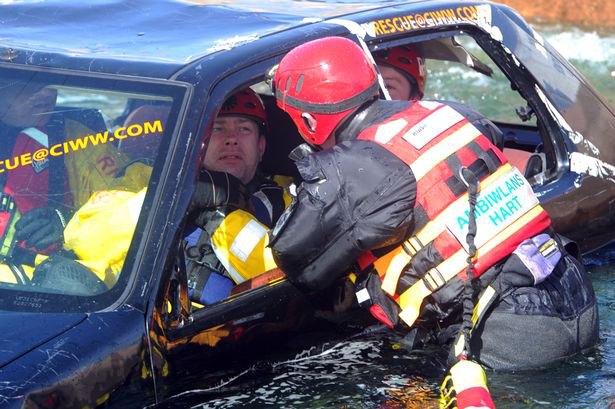 Two hundred and fifty personnel from emergency and voluntary services from
across Wales including police, fire, ambulance,HM Coastguard, RNLI and
mountain rescue were deployed to incidents.

Members of HM Coastguard and a member of the Welsh Ambulance Hazardous
Area Response Team wade out into the River Ogmore, Aberkenfig Scenarios
included people swept away by flood water in Cardiff,a partially-submerged
caravan and children clinging to a bridge at Cosmeston Lakes near Penarth and
a casualty trapped under a horse on the mud flats of the River Usk in Newport. 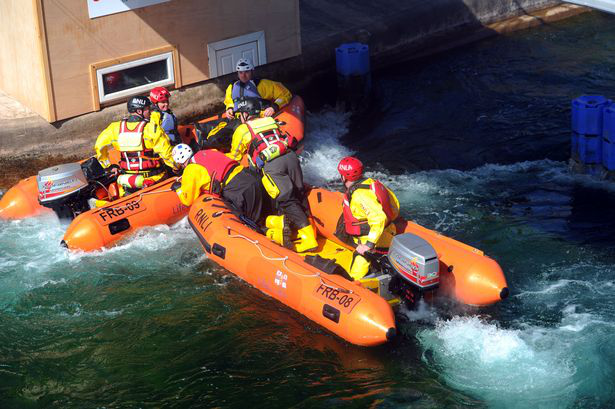 And on the River Ogmore in Aberkenfig, Bridgend, a team from HM Coastguard
and a member of the Welsh Ambulance Hazardous Area Response Team were
faced with a casualty stranded underneath a bridge after falling 15ft.


'We need to effectively deal with flooding '

In Aberkenfig a Coastguard team and a member of the Welsh
Ambulance Service Hazardous Area Response Team (HART) waded into the River Ogmore
to rescue a “casualty” who had suffered a fractured leg after falling from the bridge above.

Group Manager Andy Davison from South Wales Fire and Rescue Service, and Exercise
Director said: “While it is unlikely that South Wales will suffer severe flooding in the immediate
future, with the onset of global warming we are seeing an increase of 1 in a 100 year flooding
events all around the UK. 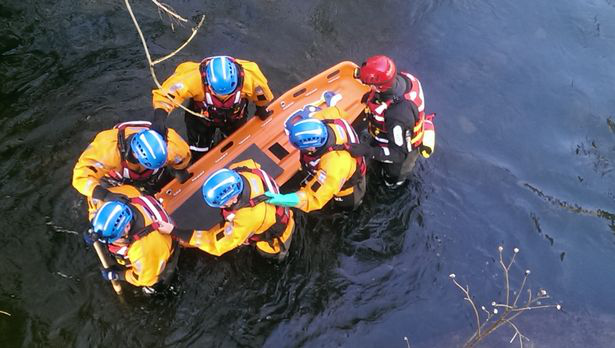 Members of HM Coastguard and a member of the Welsh Ambulance Service
Hazardous Area Response Team wade out into the River Ogmore, Aberkenfig,
to rescue a "casualty" for Exercise Polygon, which tests how the emergency
services cope with flooding.