Two people, including the bus driver, died at hospital after medical treatment failed.

Another six were still being treated.

The accident happened at around 5:25 pm Monday on a national highway in Yingtan city

when a truck collided head-on with a bus, according to the city's publicity department.

The bus was severely damaged. 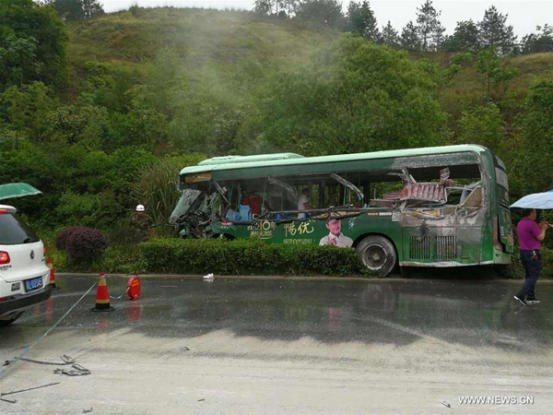 screaming to her phone, shouting that "people on the bus are covered in blood"

More than 300 medical workers were involved in the emergency treatment.

The truck driver has been detained, and an investigation is under way.

Photo taken on May 15, 2017 shows the site of a traffic accident on a national highway