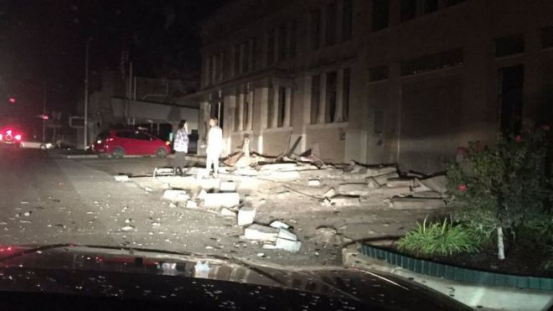 Tremors were felt as far away as Texas, and schools have closed in Cushing.

Authorities in Cushing reported that at least 40 buildings were damaged. No one was seriously injured.

Photographs posted on Twitter showed debris scattered alongside commercial buildings in the city.

There have been 19 earthquakes in Oklahoma in the past week, according to data provided by the
US Geological Survey.

In September, a magnitude 5.6 quake in the state fuelled concerns that seismic activity in the area
was connected to energy production.

In 2013, scientists linked the underground injection of oil drilling wastewater to a magnitude-5.7
earthquake that struck Oklahoma in 2011.

Cushing, which has a population of about 7,900, is home to one of the largest oil storage facilities
in the US. No damage was reported there.