Health Day Reporter
Sunday, June 12, 2016 (HealthDay News) -- Only half of suicidal patients in
U.S. emergency departments (EDs) are asked if they have access to guns,
a new study finds.
National guidelines say doctors should ask suicidal patients about their access
to guns or other deadly items, the researchers noted.
They interviewed more than 1,300 emergency department patients in seven
states who had either attempted suicide or were thinking about it. The
investigators also examined the patients' medical charts.
"We found in about 50 percent of cases there is no documentation by the
doctor that anyone asked the patients about firearms access. That means
there is a large group of patients we are missing a chance to intervene for,"
study lead author Dr. Emmy Betz, from the University of Colorado School
of Medicine, said in a university news release. 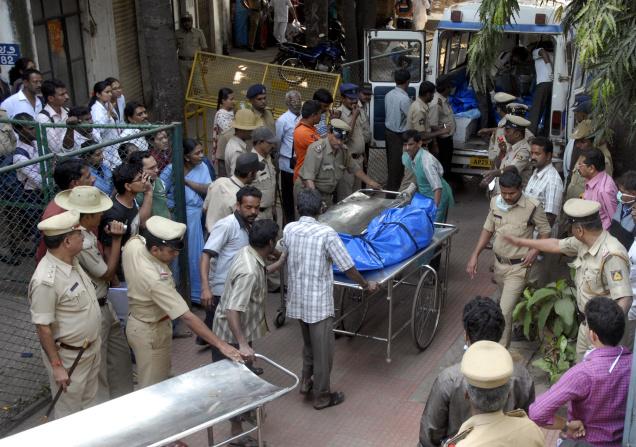 About 25 percent of the patients who had guns at home said they kept at
least one gun loaded and unlocked. Half said they had easy access to guns
, which puts them at increased risk for suicide in the future, according to
the study published recently in the journal Depression and Anxiety.
About 8 percent of all emergency department patients are admitted to the
hospital for either attempting suicide or thinking about it. That shows the
important roles emergency rooms play in suicide prevention, the researchers said.
"Multiple ED visits appear to be a risk factor for suicide, and many suicide
victims are seen in the ED shortly before death," the researchers said in the
news release. "Based on models using national suicide statistics, ED-based
interventions might help decrease suicide deaths by 20 percent annually."
Previous studies have suggested that emergency room doctors are skeptical
about the important role they can play in suicide prevention, and this new
study appears to confirm that, the researchers said.
"This rate of assessment falls short of national guidelines recommending that
all suicidal patients receive counseling about reducing access to firearms and
other lethal means," Betz said.
"It is legal and appropriate to ask about this when it is relevant, as it is in the
case of suicide attempts or suicidal ideation," she said. "Do it in a respectful,
nonjudgmental way, and it will usually be well-received. Still, there isn't a lot
of training on this. As a result, we are missing the chance to save a lot of lives."
Asking about access to guns is especially important because of the high risk of
death. For example, about 90 percent of suicide attempts with guns are fatal,
compared with 2 percent of medication overdoses, the researchers said.