In Italy, Asia and New Zealand, long-range earthquake predictions from
self-taught forecasters have recently had people on edge. But is it possible
to pinpoint when a quake will strike? 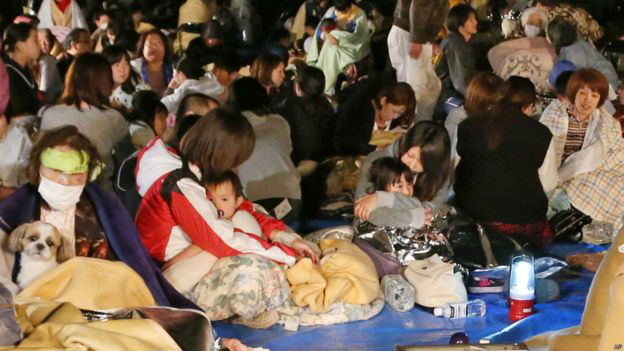 It's a quake prediction based on the movements of the moon, the sun and the
planets, and made by a self-taught scientist who died in 1979.

But on 11 May 2011, many people planned to stay away from Rome, fearing a
quake forecast by the late Raffaele Bendandi - even though his writings
contained no geographical location, nor a day or month.

In New Zealand too, the quake predictions of a former magician who specialises
in fishing weather forecasts have caused unease.

After a 6.3 quake scored a direct hit on Christchurch in February, Ken Ring forecast
another on 20 March, caused by a "moon-shot straight through the centre of the
earth". Rattled residents fled the city.

Predicting quakes is highly controversial, says Brian Baptie, head of seismology
at the British Geological Survey. Many scientists believe it is impossible because
of the quasi-random nature of earthquakes.

"Despite huge efforts and great advances in our understanding of earthquakes,
there are no good examples of an earthquake being successfully predicted in
terms of where, when and how big," he says.

Many of the methods previously applied to earthquake prediction have been
discredited, he says, adding that predictions such as that in Rome "have little
basis and merely cause public alarm".

Woman holding pet cat in a tsunami devastated street in Japan Image caption
Seismologists do monitor rock movements around fault lines to gauge where
pressure is building up, and this can provide a last-minute warning in the literal
sense, says BBC science correspondent Jonathan Amos.

"In Japan and California, there are scientists looking for pre-cursor signals in rocks.
It is possible to get a warning up to 30 seconds before an earthquake strikes your
location. That's enough time to get the doors open on a fire station, so the engines
can get out as soon as it is over."

But any longer-range prediction is much harder. 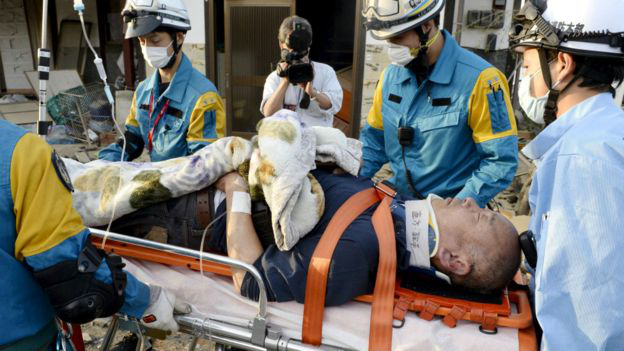 "It's like pouring sand on to a pile, and trying to predict which grain of sand
on which side of the pile will cause it to collapse. It is a classic non-linear
system, and people have been trying to model it for centuries," says Amos.

In Japan, all eyes are on the faults that lace its shaky islands.

Watch BBC clips on earthquakes On Monday, Trade and Industry Minister Banri
Kaieda urged that the Hamaoka nuclear plant near a fault line south-west of
Tokyo be shut down, pending the construction of new tsunami defences.

Seismologists have long warned that a major earthquake is overdue in this region.

But overdue earthquakes can be decades, if not centuries, in coming. And this
makes it hard to prepare, beyond precautions such as construction standards
and urging the populace to lay in emergency supplies that may never be needed.

Later this year, a satellite is due to launch to test the as-yet unproven theory
that there is a link between electrical disturbances on the edge of our
atmosphere and impending quakes on the ground below.

Toad warning Then there are the hypotheses that animals may be able to
sense impending earthquakes.

Last year, the Journal of Zoology published a study into a population of toads
that left their breeding colony three days before a 6.3 quake struck L'Aquila,
Italy, in 2009. This was highly unusual behaviour.

But it is hard to objectively and quantifiably study how animals respond to seismic
activity, in part because earthquakes are rare and strike without warning.

A man in Christchurch carrying a young girl through stricken streets Image caption
Countries in the Pacific's "Ring of Fire", like New Zealand, are regularly shaken by
quakes "At the moment, we know the parts of the world where earthquakes happen
and how often they happen on average in these areas," says Dr Baptie.

This allows seismologists to make statistical estimates of probable ground
movements that can be use to plan for earthquakes and mitigate their effects.

"However, this is still a long way from earthquake prediction," he says.

And what of the "prophets" who claim to predict these natural disasters?

"Many regions, such as Indonesia and Japan, experience large earthquakes on a
regular basis, so vague predictions of earthquakes in these places requires no great skill."