At least 100 people were killed and more than 150 injured when a train derailed in northern
Uttar Pradesh, India's biggest state, police said.

The train was travelling between the northeastern city of Patna and the central city of Indore on
Sunday when the incident happened, throwing several carriages off the track, according to
railway officials. 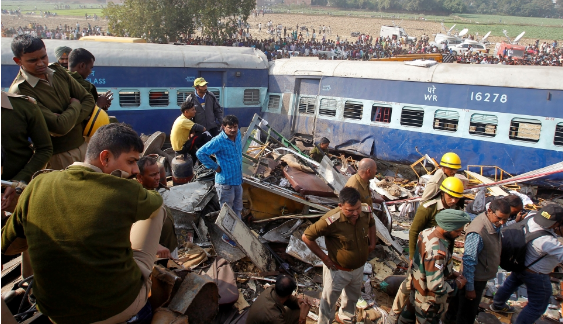 It is the worst disaster since 2010 when a passenger train crashed into a freight train in the
eastern state of West Bengal, killing 146 and injuring more than 200.

Authorities have launched an official investigation into the accident, which Manoj Sinha , the
junior railways minister, said may have been caused by damage to the tracks.

"As we know a major accident has happened in which the entire train turned turtle," Daljit Singh
Chaudhary, the additional police director-general of Uttar Pradesh, told AFP news agency.

"A lot of teams are currently there including local police, doctors and members of the National
Disaster Response Force. The rescue operations are on."

All local hospitals had been placed on alert and around 30 ambulances had been deployed to
transport the injured. 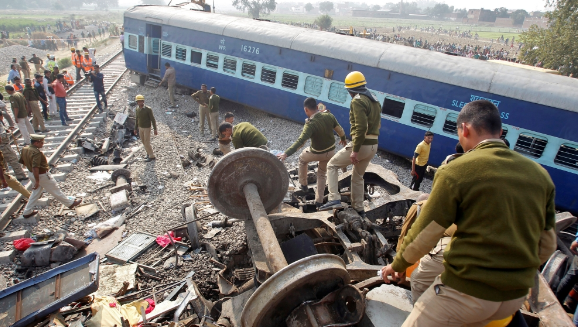 India's Home Minister  Rajnath Singh said the Patna-Indore Express train had derailed near
Kanpur, in northern India, and that the National Disaster Response Force was overseeing
the rescue efforts.

Al Jazeera's Faiz Jamil, reporting from the capital Delhi, said the crash happened at around
3am local time.

"It happened about 450km southeast of Delhi and the local rescue teams have now been joined
by the state and national teams. The railway officials have said they will be looking into the
cause of the derailment," he said.

TV footage showed rescue workers trying to cut through severely mangled coaches with
suitcases and other luggage strewn around.

Witnesses spoke of being woken up by a huge bang and being thrown around.

"We woke up to a great thud this morning. It was pitch dark and the noise was deafening,"
a passenger told reporters as he waited with his family at the accident site.

"I am lucky to be alive and safe. But it was a near-death experience for us." 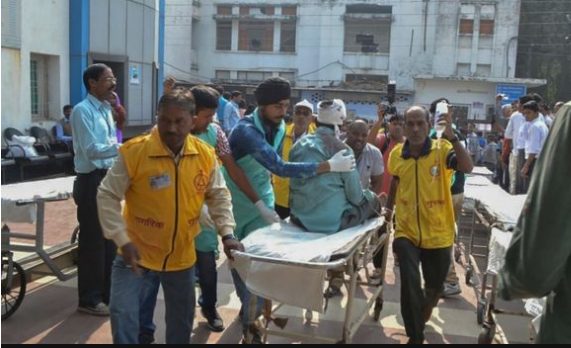 Suresh Prabhu, India's railways minister, said in a tweet that the government would immediately
investigate the causes of the derailment and promised accountability with the "strictest
possible action".

India's creaking railway system is the world's fourth largest, ferrying more than 20 million people
each day, but it has a poor safety record, with thousands of people dying in accidents every year.

Nitika Trivedi, a student who boarded the train with her family, said images of the victims' bodies
would long haunt her.

"I had never seen anything like this in my life before. I am shaken to the core," she said.

Anxious relatives thronged the station in Indore in central India where the train originated, many
clutching pictures of their loved ones, and railway officials said special trains had been deployed
for stranded travellers.

Local media reports said the train was packed with families, some of them travelling home for weddings.