A paraglider has been treated in hospital after he crashed onto a beach in Portrush, County Antrim.

Paramedics, the police and Coastguard were called to the scene at Whiterocks beach on Wednesday afternoon.

The accident was witnessed by an 11-year-old boy who was walking his dogs with his grandmother at the time.

Adam Bustard told BBC News NI the paraglider "came down on his knees" and was helped by a passer-by before the emergency services arrived. 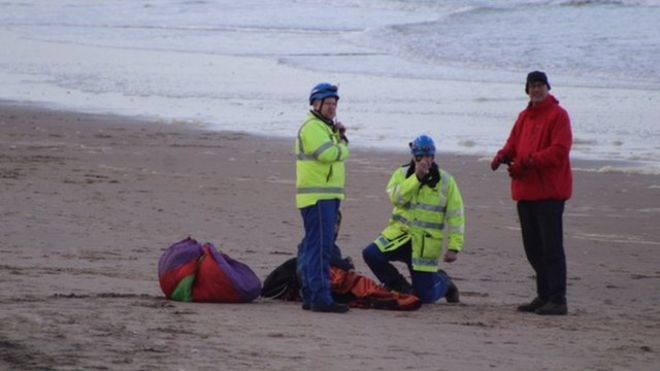 The injured man was lifted into an ambulance on a stretcher.

A police spokesperson said his injuries are not believed to be life-threatening. 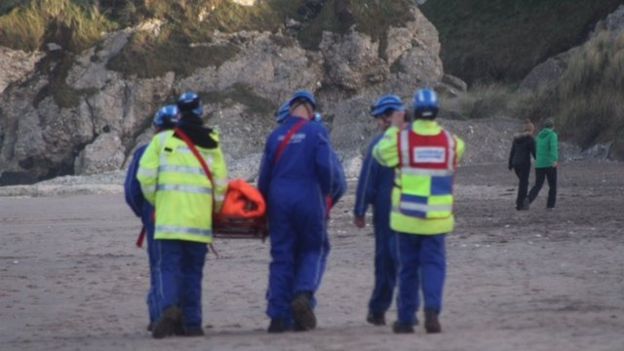