Ukrainian police investigate the crime scene at the scene of the attack in Kiev,

Ukraine, on June 27, 2017. The authorities in Ukraine say a senior military

intelligence officer was killed in a car bomb explosion on Monday. 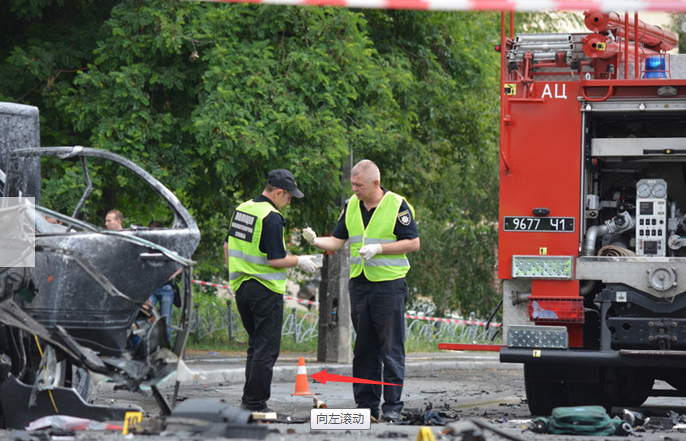 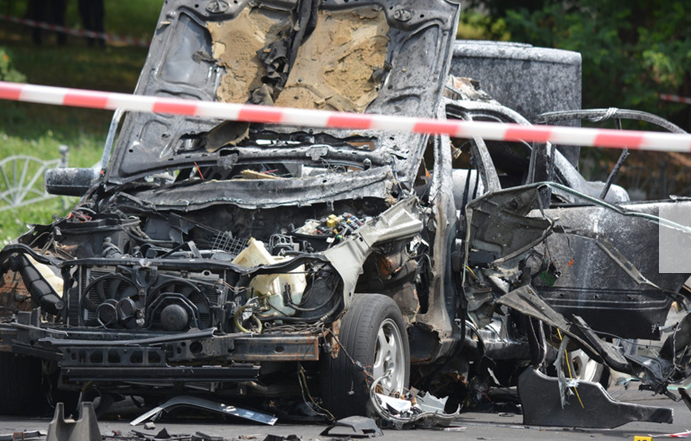 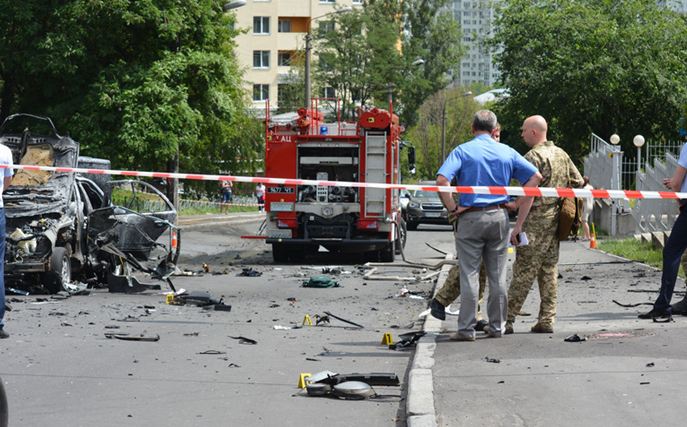