A trip to the hospital in an ambulance can be painful, but thanks in part to Stowe Emergency Medical Services, the pain of a broken bone or a sprained ankle can now be managed more effectively by several emergency agencies throughout the state. 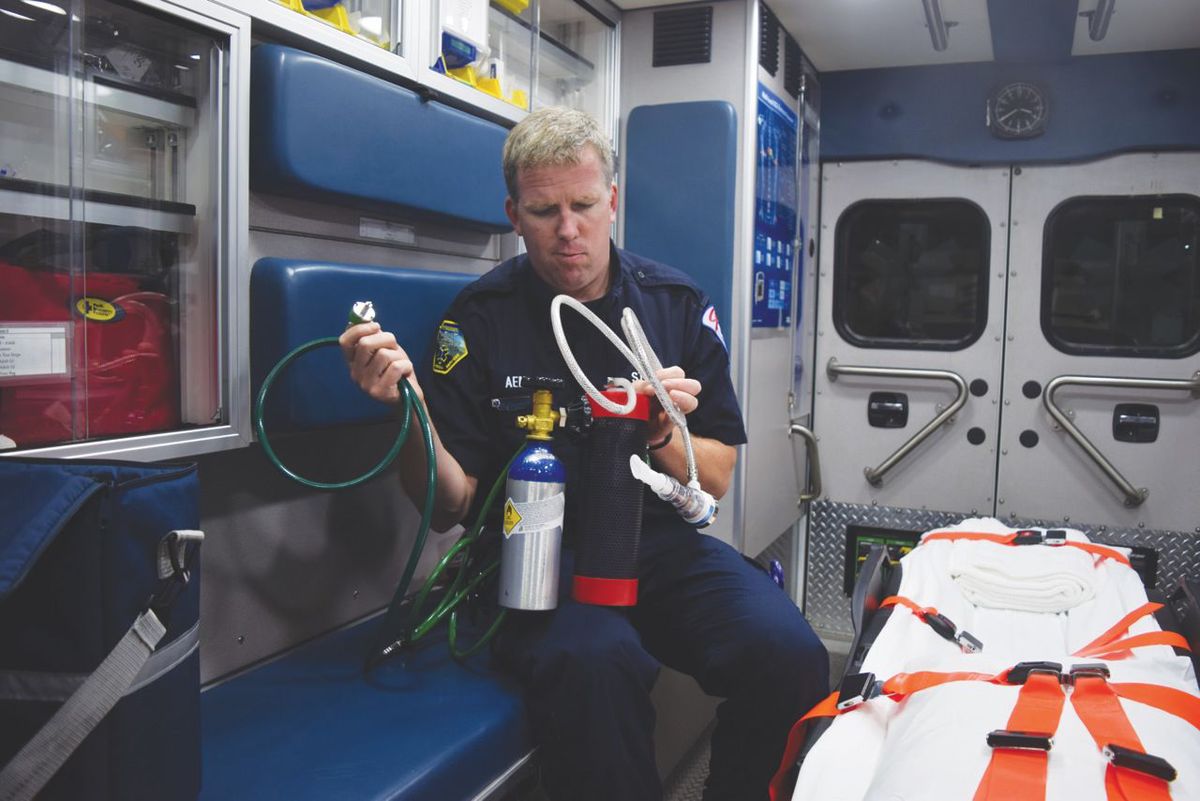 Stowe EMS efforts have made an impression: Since then, other Vermont departments have invested in Nitronox Field Units, the delivery system for pre-hospital nitrous oxide, said Dr. Daniel Wolfson, an emergency medicine specialist who works with the Vermont Department of Health, the agency that oversees emergency medical services, as its EMS director.

Stowe’s was the first emergency services department in the state to take advantage of protocol changes that allowed advanced emergency medical technicians to administer nitrous oxide, as far as Wolfson can remember.

Prior, only paramedics were allowed to give out the drug, which meant that pain treatment from advanced emergency medical technicians was limited to measures like ice or immobilization.

Scott Brinkman, chief of Stowe EMS, said the department bought its first Nitronox Field Unit for $3,750 in late 2015, almost a year before providers were allowed to use it.

Right now, only one of Stowe EMS’ two ambulances is outfitted with nitrous oxide; Brinkman says the department plans to buy another system in the fiscal year that starts July 1.

Part of the holdup was finding an approved medical gas supplier. There’s no supplier nearby; the closest Food and Drug Administration-approved supplier to Stowe is in Schenectady, N.Y., nearly a four-hour drive away, so Brinkman’s department bought a rotation of tanks, enough to cover any gaps while the empties are out for a refill. Each tank costs $100 to buy, custom-made by the gas supplier, but only around $14 to fill with just over a pound of nitrous oxide gas.

Gannon agreed to the training plan Brinkman drafted, which included required reading for advanced emergency medical technicians and hands-on training to set up the system, which can be done in a matter of minutes.

For about six months, Gannon followed up on cases when nitrous oxide was used, to ensure proper use.

The advanced EMTs and paramedics primarily use nitrous oxide for injuries to extremities, such as broken bones and sprains in the arms and legs. It can’t be used for abdominal pain, head injuries, collapsed lungs or after a patient has been given opiates.

To be eligible for nitrous oxide, a patient must be alert enough to administer the gas him or herself, Brinkman said.

He’s seen the gas bring a patient’s pain from a self-reported eight to 10 on a scale of one to 10 to a four or a six.

“It takes enough of the edge off to get through transport,” Brinkman said, and unlike opiates, its effects last only minutes past the last inhalation.

With a portable system, the EMS providers can even bring nitrous oxide into the patient’s home, which is “a whole lot nicer than causing them more pain” in transit, said Brinkman. “It’s a very fulfilling feeling to have the right tools in the toolbox to treat the problem at hand.”

After Stowe EMS took the plunge into training its advanced emergency medical technicians to provide nitrous oxide, other departments got on board, Wolfson said, and that has had an impact on how the state department advises emergency medical agencies around Vermont.

“When we heard in the state office that more and more agencies were interested, we updated the protocol to be more detailed and we then, through the state EMS office, put together an online training for all EMS providers in the state,” Wolfson said.

Having more advanced emergency medical technicians trained to use nitrous oxide is good for patients everywhere; for one thing, there are more of them than there are paramedics.

Chiarella’s department decided to take the nitrous oxide plunge about a year after Stowe EMS.

“We’re a paramedic-level service just like Stowe is. Even for our paramedics, our treatment for pain was to put a cold pack on the injury or to give narcotics, which seemed like a big jump,” Chiarella said.

Now, “our paramedics are actually using (nitrous) before they move to narcotics,” which Wolfson said could be a line of defense against Vermont’s opiate addiction epidemic.