The UN says it has for the first time in weeks delivered aid to thousands of Syrian refugees
stranded on the border with Jordan.

A group of relief agencies said they had completed delivery of a month's worth of food and
hygiene supplies.

More than 75,000 people had been without aid since June when Jordan sealed the border
after a deadly attack there by so-called Islamic State.

Conditions in the Rukban and Hadalat camps are said to be desperate. 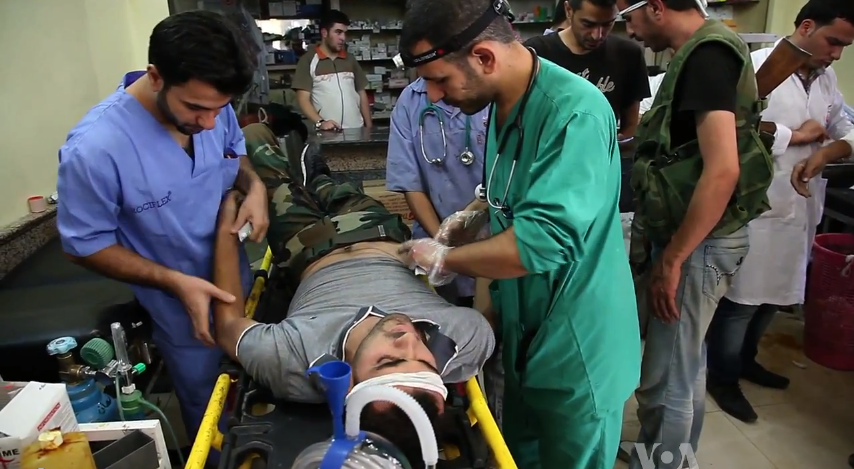 "Unable either to cross the border or turn back, the situation facing these women, men and
children has grown more dire by the day," said a joint statement by the UN World Food Programme
(WFP), refugee agency (UNHCR), children's agency Unicef, and International Organization for
Migration (IOM).

It said the refugees had insufficient food and water, and were sheltering in makeshift tents in
temperatures of up to 50C.

Struggling to survive in no-man's land

The agencies said they delivered 650 tonnes of provisions over a three-day period. But Jordan
has said it will not allow future aid deliveries to the area, out of security concerns, the Associated
Press news agency reported.


The WFP said drones had been used for the first time to monitor the distribution of the aid,
which included sugar, lentils, rice, dates and bread.

The sacks of food and other items were dropped by cranes from the Jordan side of the border
on to pick-up trucks on the Syrian side.

Reports of thousands of people stranded at the border point, known as the "berm", began to
emerge at the end of last year. The numbers swelled due to tight restrictions imposed by
Jordan on allowing people to cross.

It sealed the border entirely after seven security personnel were killed in a suicide truck
bomb attack on a military post in the Rukban area.

Jordan is hosting more than 655,000 of the 4.85 million Syrians registered as refugees with the UN.

Officials say more than one million other Syrians are living there, including those who
arrived before the uprising against Mr Assad began in 2011.