You are here: Home » News » COMPANY NEWS » The classification method and precautions of bandage

The classification method and precautions of bandage

The use of medical bandage: whether it is a gauze bandage or an elastic bandage, its purpose is mainly to be bandaged or fixed.

(2) elastic bandage: it is mainly used for fixation and dressing of patients with varicose veins of lower limbs and orthopedics, in order to improve blood circulation and prevent limb swelling. It can replace surgery for different parts of the human body bellyband, bandaging or wound dressing.

1, the injured person's position should be appropriate.

2, the affected limb is put on the adaptation position, so that the patient can keep the body comfortably and reduce the patient's pain during the process of wrapping.

3, the limb bandage must be in the functional position.

5, usually from the inside out, and from the end of the heart to the trunk. At the beginning of the bandage, two ring bandage must be made to fix the bandage.

6, the bandage should be mastered to avoid falling. The bandage rolls and must be attached to the bandage.

7, the pressure of each week should be equal, and should not be too light, so as to avoid falling off. It is not too tight to avoid circulation obstacles.

8. In addition to acute bleeding, open trauma or fracture patients, the local cleaning and drying must be made before the dressing. 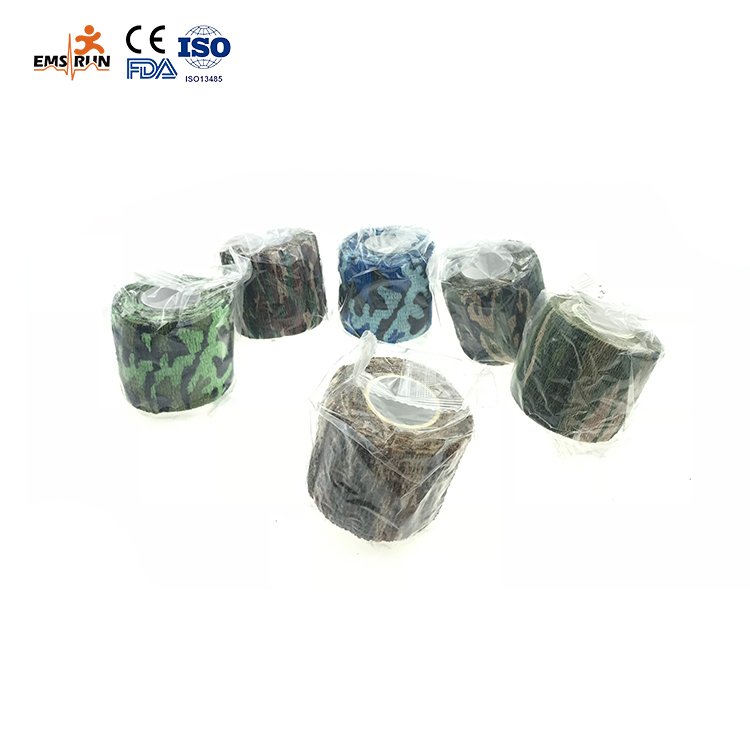 When using elastic bandage, we should pay attention to the following items:

2. There is no wrinkle in the smooth winding;

A thin layer of soft liner and the outer bandage;

4. The veins should be emptied before the bandage, so it is good to make a bandage before getting up in the morning.

After the bandage, it should start from the distal extremities, and gradually wound to the end of the heart.