As the number of mass shootings continues to climb across the United States, emergency medical workers in central Ohio are among those nationwide seeking to arm bystanders with the knowledge, equipment and confidence needed to save lives during bleeding emergencies.

“A person with a severe enough injury to an artery can bleed to death in three to five minutes, so the regular public needs to know how to stop bleeding, whether it’s by applying pressure or a tourniquet” said Jodi Keller, who oversees disaster preparedness for the Central Ohio Area Trauma System.

The network of health-care professionals has been participating in the national Stop the Bleed campaign for about a year, she said. The campaign was launched by the White House in October 2015.

Hundreds of people, including nurses, teachers, police officers, social workers and the general public, have been trained in a 15-county region, Keller said.

The Stop the Bleed campaign grew out of the 2012 mass shooting at Sandy Hook Elementary School in Newtown, Connecticut, said Dr. Lenworth Jacobs, a member of the American College of Surgeons’ board of regents and director of the Trauma Institute at Hartford Hospital in Connecticut. 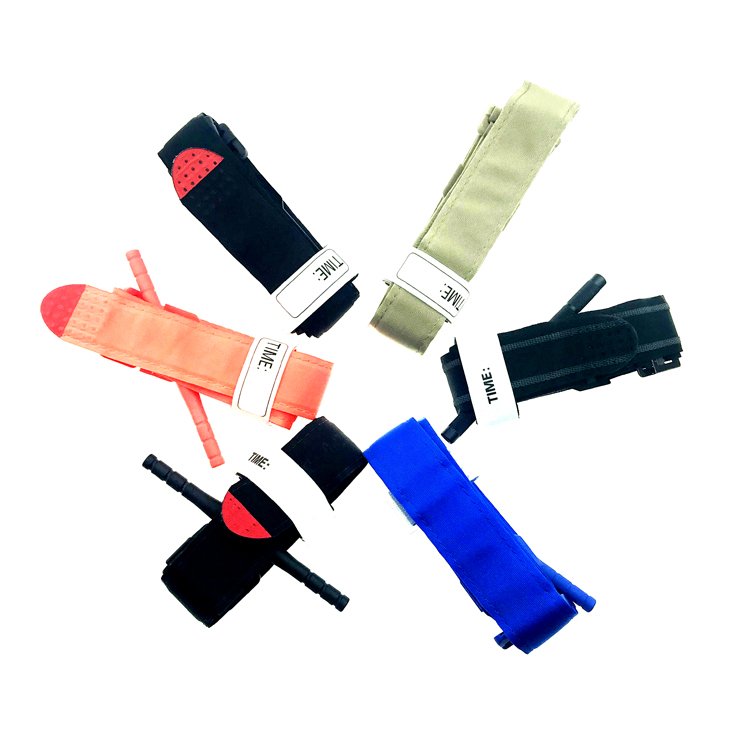 Following the tragedy, the American College of Surgeons convened a committee with members of the medical community, emergency response groups, government agencies and others with a goal of increasing survivors in mass-casualty events involving a shooter.

The committee recommended that police be trained and equipped to provide hemorrhage control, and emergency medical services be brought closer to mass casualty scenes so responders can more quickly attend to the injured once scenes are secured. It also urged that the public be trained as immediate responders who can control bleeding.

“The person who is going to be helpful is the person right beside you,” Jacobs said. “If you can keep the blood in the body until they get to the hospital, they have a very good chance of survival.”

People who want to equip themselves can purchase tourniquets on Amazon.com, Keller said. Training is available through the trauma system or any number of videos on YouTube, she said.

People also can learn about bleeding control in first-aid courses provided by the Red Cross, said Jordan Tetting, spokeswoman for the organization’s Ohio Buckeye Region. Mass shootings always lead to increased inquiries about how people can brush up on lifesaving skills, she said.

“Our goal at the Red Cross is to prevent communities from having to go through that suffering and prepare our communities for instances where emergency strikes,” she said. “We encourage people to be as ready as possible, to have all the appropriate tools in their back pocket.”

Most of the people who die in mass shootings die from bleeding out, often as emergency workers wait until a scene is secure before they can respond, said Lt. Matt Parrish of the Columbus Division of Fire’s EMS bureau. That could take 20 or 30 minutes. Bystanders, he said, have the power to respond immediately. But it’s crucial that any potential helpers secure their own safety first.

He said Stop the Bleed is akin to “see something, say something,” a national campaign to aid law enforcement’s anti-crime and anti-terrorism efforts, because it asks citizens to be engaged.

“When you put that many people in a large venue you can’t put enough EMS and law enforcement providers in that same area to manage everybody. People who are willing and able to get involved, they’re going to make a difference,” he said.

More people, especially law-enforcement officers and medical professionals, are carrying commercial tourniquets as a way of being prepared, Parrish said. “Right next to their Narcan kit, they should have a tourniquet. I think that’s where we’re at right now.