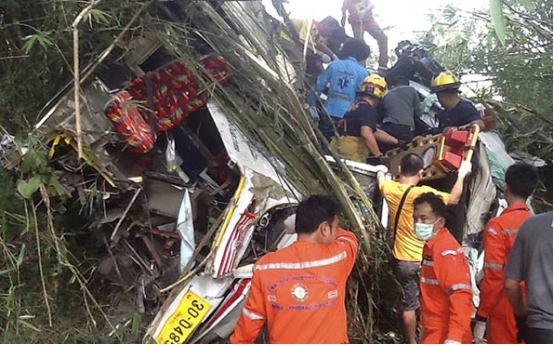 Thai rescue workers remove bodies and injured Malaysian passengers from the wreckage of a tourist bus after it crashed
on a mountain roadside of Doi Saket district, Chiang Mai province, northern Thailand, Dec 20, 2015.

BANGKOK - Twelve Malaysian tourists and a Thai guide were killed after their
bus crashed in northern Thailand on Sunday, police said.

The bus, carrying 23 people, hit a car and ran off a curve in the road in the Doi
Saket district, near the northern city of Chiang Mai, provincial police chief Major
General Montri Sambunyanon told Reuters.

The ten other people on the bus, including the Thai driver, were also injured
in the crash and are being treated in hospital in Chiang Mai city, Montri said.

Two people from the other vehicle were injured as well.

Thailand has one of the highest road accident death rates in the world, according
to its public health ministry, with reckless and drunk driving among the top
reasons for road accidents.

Malaysians are the second largest group of visitors to Thailand. More than 293,000
arrived in November, accounting for 11.5 percent of tourist arrivals, according
to the tourism ministry. 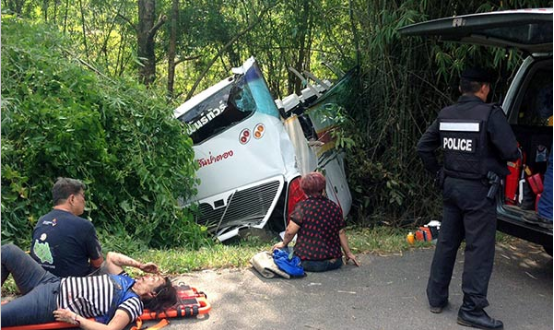